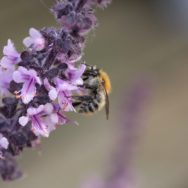 The flowers are gone, but why?

“Where have all the flowers gone?” is a folk song written by Pete Seeger in 1955. Since then, the song about war and death has been recorded by dozens of artists in many languages, and additional verses have been added by various performers. In 2010, the New Statesman chose the piece as one of the […] END_OF_DOCUMENT_TOKEN_TO_BE_REPLACED

Will more beekeeping save the bees?

Whenever someone says they want to help “save the bees” by becoming a beekeeper, I feel discouraged. That statement usually means they are about to buy a box of unrelated honey bees shipped from the south with a factory queen and all the optional extras, including mites and viruses. Hard work and sound judgment may […] END_OF_DOCUMENT_TOKEN_TO_BE_REPLACED